The Ukraine Air Alliance plane ran out of fuel before a planned stopover at Lviv, en route from Vigo in Spain to Istanbul, Ukraine’s Infrastructure Minister Vladislav Krikliy said.

The emergencies ministry said the plane had a crew of seven, and one other person was escorting the cargo.

It is not clear what that cargo was.

Ukraine’s Unian news agency described it as a military cargo plane. It had been scheduled to refuel in Lviv. 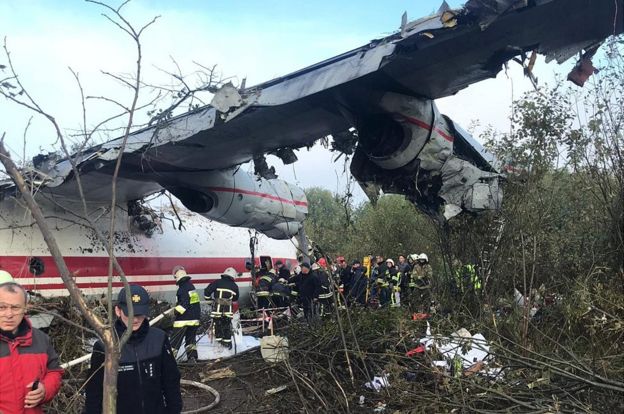 The Soviet-designed four-engine plane vanished from radar at 07:10 local time (04:10 GMT) as it approached Lviv international airport. It crashed 1.5km (one mile) from the airport and did not catch fire.

The plane came down on soil and vegetation near a football stadium and a cemetery. Lviv airport has been closed because of the crash. 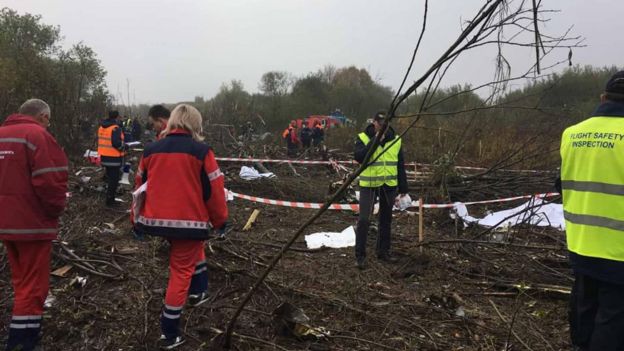